No one seems to be sure of the exact meaning of the Khoi word Knysna. It could be ‘place of wood’, ‘fern leaves’ or, maybe, ‘straight down’ – an obvious reference to the Heads, the impressive sandstone cliffs that guard the treacherous entrance to the lagoon. But, whatever its meaning, Knysna is an enduringly popular holiday town – and one of the world’s top 100 visitor destinations for holiday rentals.

A town built on wood

Only 5% of South Africa’s land mass is indigenous forest – and 90% of this is found in the Knysna area. It’s not surprising, then, that the town’s original prosperity came from the timber industry.

Knysna’s recent history began in 1804, when a timber merchant named George Rex (reputed to be the illegitimate son of King George III) purchased virtually all the land surrounding the lagoon and brought his entire household here to settle. He developed the lagoon into a port with naval and commercial ships bringing in supplies and taking timber out from the settlements of Melville and Newhaven, which eventually united to form the town of Knysna.

In 1869, a Norwegian sea-faring family by the name of Thesen stopped off in Knysna for ship repairs on their way to a new life in New Zealand. They decided to stay and established a thriving business as timber merchants and shipbuilders. The new housing and retail developments on Thesen Islands are on the site of the original sawmills and some interesting pieces of equipment have been preserved and are permanently exhibited in the Woodmill Lane shopping centre in town.

Even today, the timber industry continues to make a significant contribution to the area’s economy. Timber is harvested from pine and gum plantations – and also from indigenous forests, but only in controlled amounts. Timber houses (a particular feature of this area) are exported to the Indian Ocean Islands, Singapore and Australia. Local craftsmen and carpenters use indigenous timbers such as stinkwood and yellowwood to produce some striking furniture and decorative items.

Check Availability for all houses Make an Enquiry 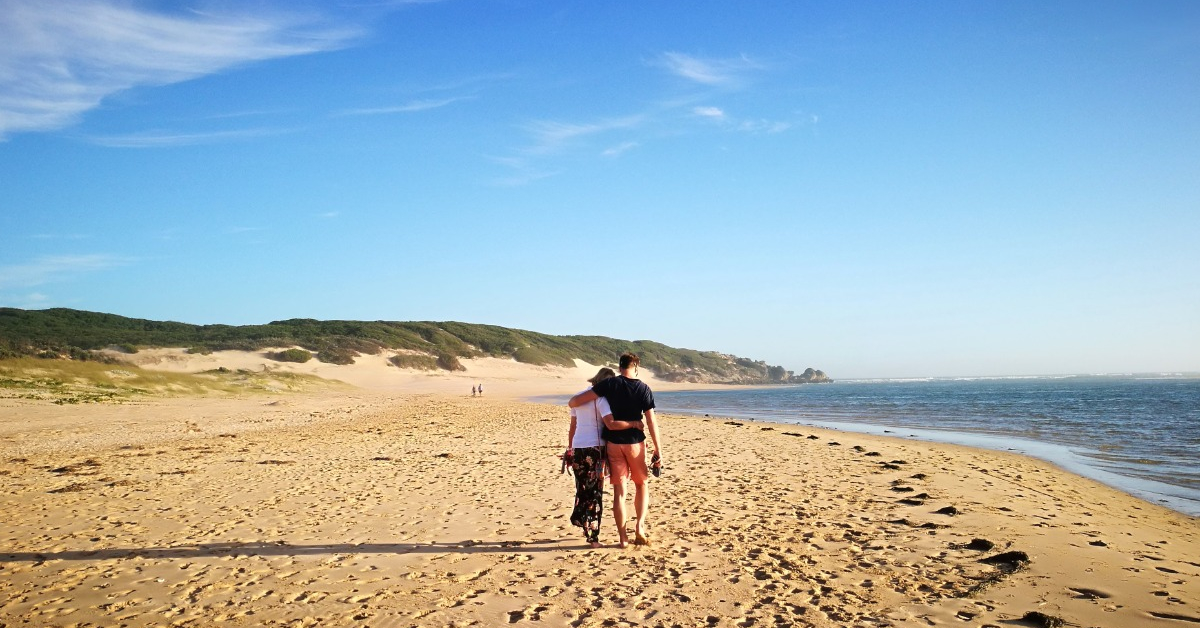 Romantic getaways for couples in the Garden Route

Valentine’s Day is on the horizon and we live in arguably one of the most beautiful regions of South Africa surrounded by unspoiled natural wonders. The Garden Route is perfect for romantic getaways and there are so many activities for…

Knysna Estuary; a Hidden Paradise. Come see for yourself!

Just what is an Estuary? An estuary is a river system flowing into the sea, where there is a gradual transition in physical, chemical and biological features from freshwater to sea-water. In Knysna, this occurs when the Knysna River (high in the Outeniqua Mountains), drifts down…

With the world so accessible via the internet, it can be hard to pick good holiday destinations because we’re all so spoiled for choice! Well, we’re here to help. In our opinion, Knysna and Plett both cater for adults and children…

Property to rent for a vacation – 5 factors to consider

A dream vacation hinges not solely on the scenery, but on the right property. Finding the the most suitable property to rent that meets your holiday needs, is a key factor in any dream getaway. We’ve compiled a list of…

Last minute availability – it’s not too late to book!

We still have some last minute availability in some of our stunning luxury villas on the Garden Route. Sometimes the best holidays are the spontaneous ones. It’s not too late to make a last minute booking! Why not finish off…

Be safe this Summer with these valuable fire safety tips

Summertime is all about having fun outside and enjoying lazy braais (bbq’s) with friends or chatting late into the night around a boma (fire pit). But in the summer months the temperatures can soar and the vegetation gets very dry….

South Africa sits at the bottom point of the African continent. The ‘cradle of mankind’ rests on African soil – so it’s no surprise that the ancient roots of our species draw us to this magical and truly spiritual region….

Holiday tips for the road & your vehicle

As far as holiday tips go, when it comes to getting our ‘ducks in a row’ before traveling on the road, car safety checks are right up there at the top of the list. We’ve compiled some expert advice regarding…

Going on holiday can be a little stressful (before all the relaxation starts). Choosing what to pack (and remembering to pack all the right things) can be quite a headache. To make things a bit easier, we’ve compiled an easy…

Sightseeing is a must in Knysna. If you’re willing to venture off the beaten track, then these 5 attractions are worth seeking out. The following places and activities are not as well known as some of their Knysna counterparts, but…