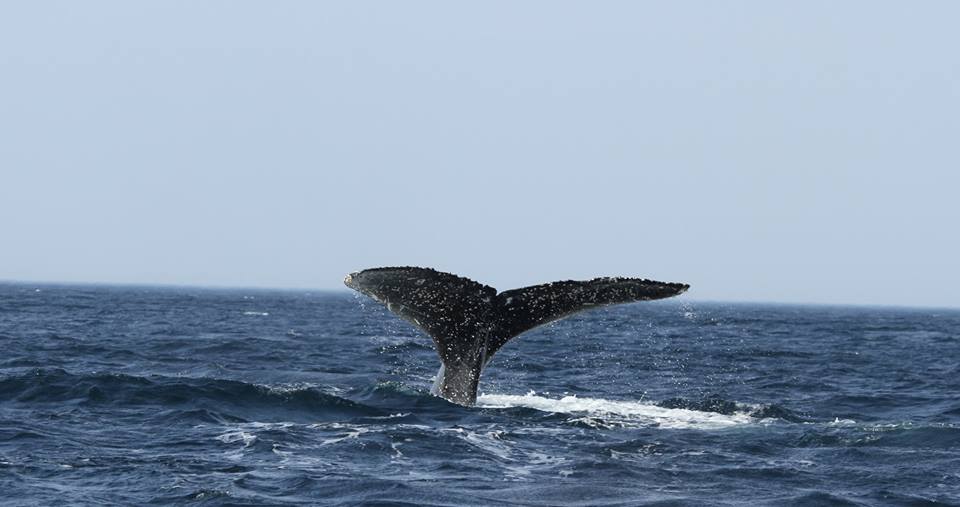 The season runs until November with the Southern Right Whales breeding season peaking in July and August. Mothers and calves can be seen until at least September/October before they head south to feed near Antarctica.

Locally Ocean Blue Adventures (Plettenberg Bay) offers boat based whale watching. They recently had this update on the Humpback sightings.

The whales arrived. During the past week we had great encounters on humpback whales. We found them in groups of 2-3 animals. They are busy migrating north towards Madagascar and their breeding ground so they are traveling with a great speed and deep dives giving the guests amazing tail shots.

While there are fewer shallow bays frequented by the Southern Rights whales on the Garden Route there is always a chance of spotting them while hiking at Robberg.

Two of our Knysna properties Cliff House and Villa Seaview (listing in progress!) offer great whale watching vantage points from there perches on the Knysna Heads.

Knysna Springtide Charters often encounter the Bryde’s Whales which travel up and down the coast through out the year.

These beautiful giant sea creatures are just another reason to book your next break with us!